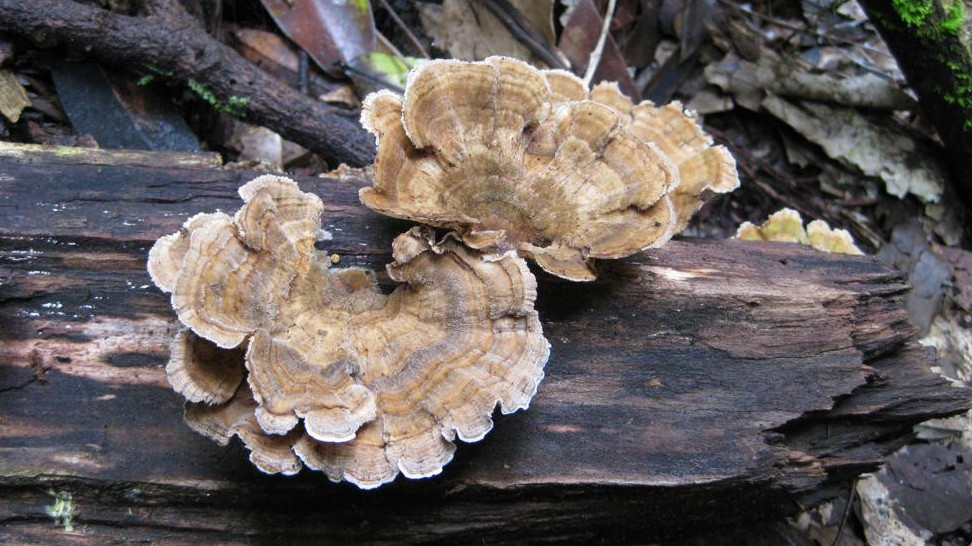 Food for the Gods, environmental marvel and vital role in medical science-the magic of mushrooms!

Discovery of the big one

A giant mushroom was discovered in Crystal falls in the late 1980s. What at first appeared to be a community of Armillaria gallica growing beneath the leaf litter of the forest floor was in fact one giant individual covering an area of 91 acres and weighing 100 tonnes. It was at least 1500 years old. It set a record for the largest organism on the planet

New results revealed it was four times larger, 1,000 years older and if gathered together would weigh around 400 tonnes 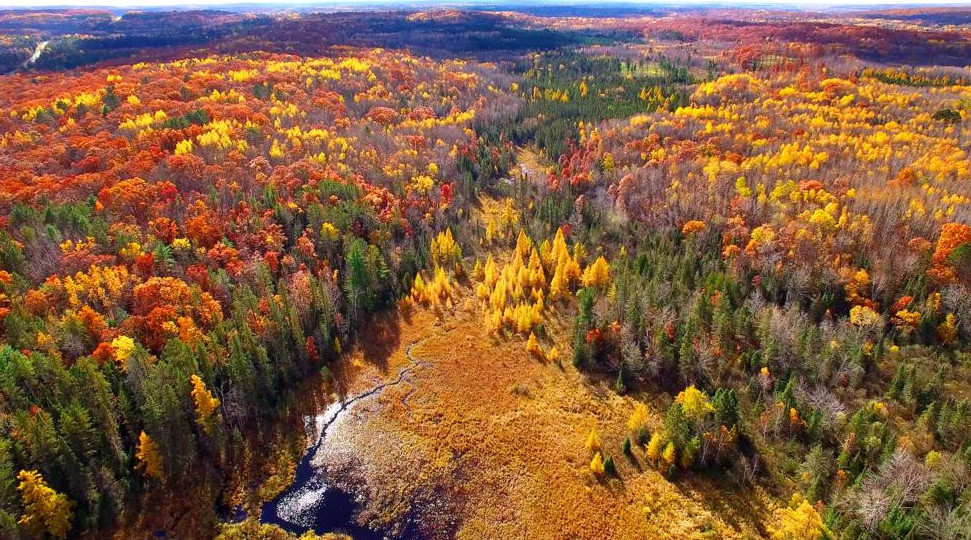 The humongous fungus discovered by Jim Anderson and his colleagues has been living under a forest in Michigan’s Upper Peninsula for 2,500 years (Credit: Getty Images)

The magic of mushrooms for cancer 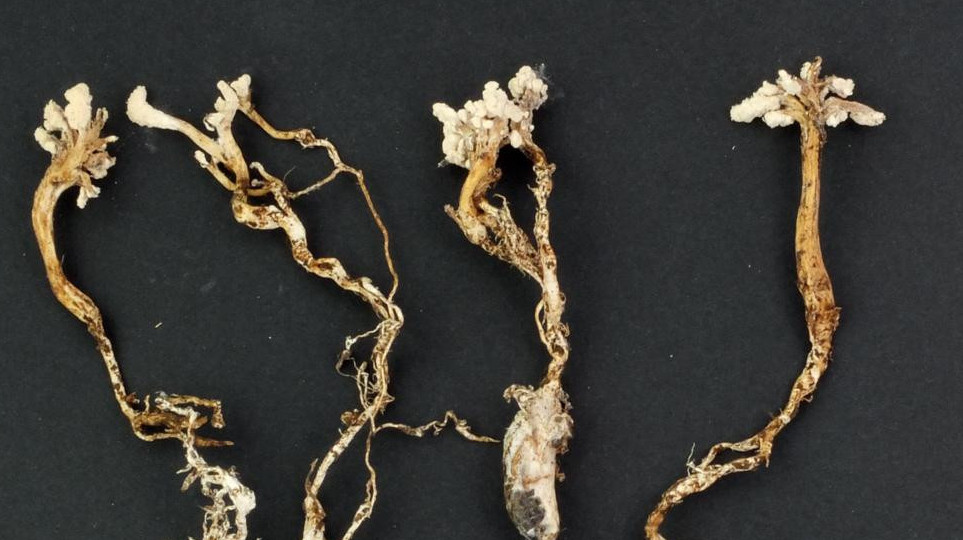 There have already been [fungi] reported to have activity against viral diseases,” says Riikka Linnakoski, a forest pathologist at the Natural Resources Institute Finland. Compounds produced by fungi can destroy viruses that cause diseases like flu, polio, mumps, measles and glandular fever. Numerous fungi have also been found to produce compounds that could treat diseases that currently have no cure, such as HIV and the Zika virus” and perhaps even Covid19

But many researchers say we are only beginning to scratch the surface.

What are we doing to save the planet? 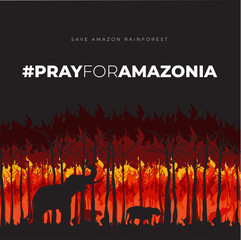 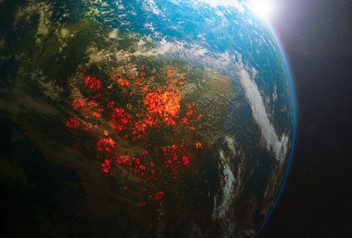 Fungi have uses that can tackle other problems beyond our health.

A fungus found growing in soil at a landfill site on the outskirts of Islamabad, Pakistan, may be a solution to the alarming levels of plastic pollution clogging up our oceans. Fariha Hasan, a microbiologist at Quaid-I-Azam University in Islamabad, discovered the fungi Aspergillus tubingensis can rapidly break down polyurethane plastic.

Other fungi, such as Pestalotiopsis microspore, which normally grows on rotting ivy leaves, have also been found to have a prodigious appetite for plastic, raising hopes they could be harnessed to tackle our growing waste problem

In fact, mushrooms have quite a taste for the pollution we contaminate our world with. Species have been discovered that can clean up oil pollution from soil, degrade harmful heavy metals, consume persistent pesticides and even help to rehabilitate radioactive sites. 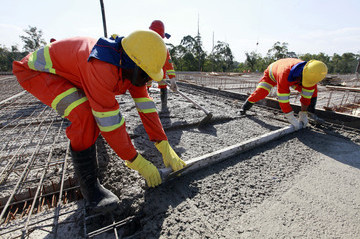 Fungi can also be used in combination with traditional building materials to create a “smart concrete” that can heal itself as the fungi grows into any cracks that form, secreting fresh calcium carbonate – the key raw material in concrete – to repair the damage. 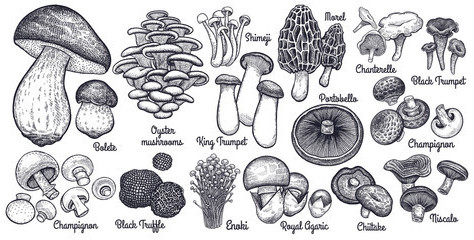 We have a family home in Tuscany. My greatest delight is to leave the city and venture into the countryside to savor the delights of rural cooking and of course, mushroom hunting in the woods

There are species of mushrooms very common in some Italians regions and unknown in others, it is due to soils and climate.

Chestnut, Pine, Oak, Birchen and Beech forests, as well as the Mediterranean coastal forest (Mediterranean scrubs), are the ideal habitats for many of these fungi.

(The ceps/Porsini) are the most sought after and appreciated in Italy. 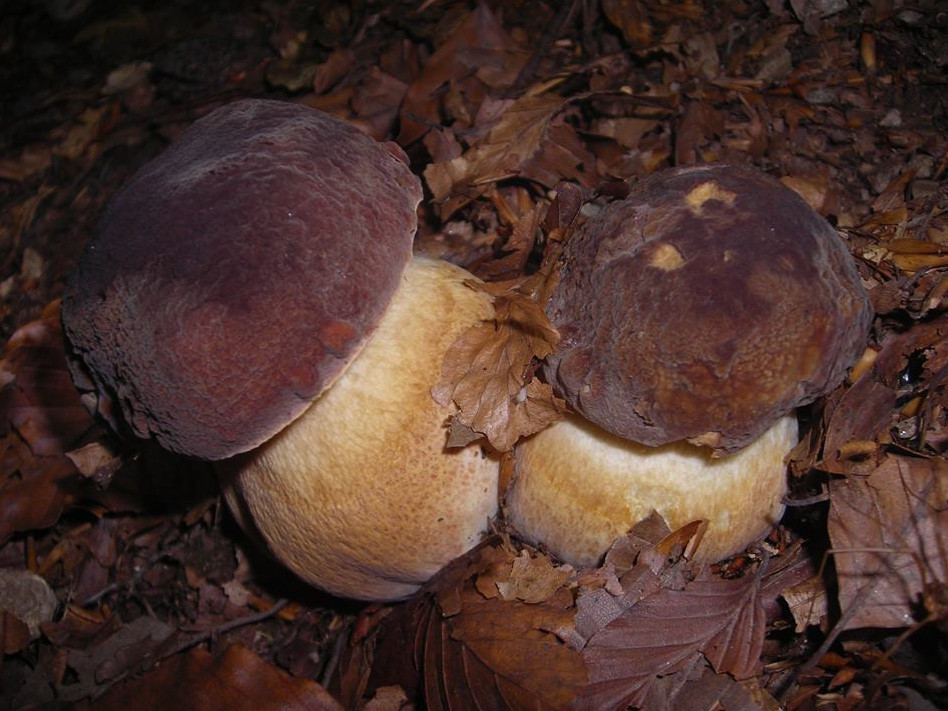 I often use dried porcini that I heat in dry white wine, then allow to soak until soft, blitzed to a paste and reserved for use.

An intense rich flavor is imparted when added to pasta sauces. You almost get the taste of truffles!

Morels-as a chef I hold these to be the king of the castle! 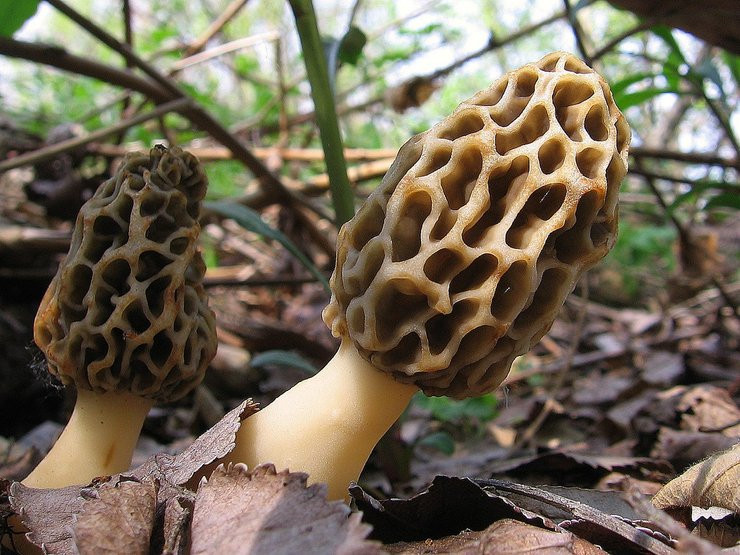 Also found in the USA;

Morel mushrooms can be foraged in the Midwest for about two weeks in the Spring. They are elusive, and very difficult to find. Fresh foraged morels are worth their weight in gold to a foodie home cook or gourmet chef. Yes they are expensive everywhere in the world. Lets not forget the Pacific North West which is also a hot bed for morels

“Dried morels are highly prized by the gourmet. Conical-shaped, with a distinctive honeycomb structure, they hold sand and grit, so need to be washed a few times in fresh water to ensure they are thoroughly cleaned.”

“The dried morels need to be soaked for at least a couple of hours.”

“You can prepare the chicken half an hour in advance and warm it through in the morel sauce to serve.” 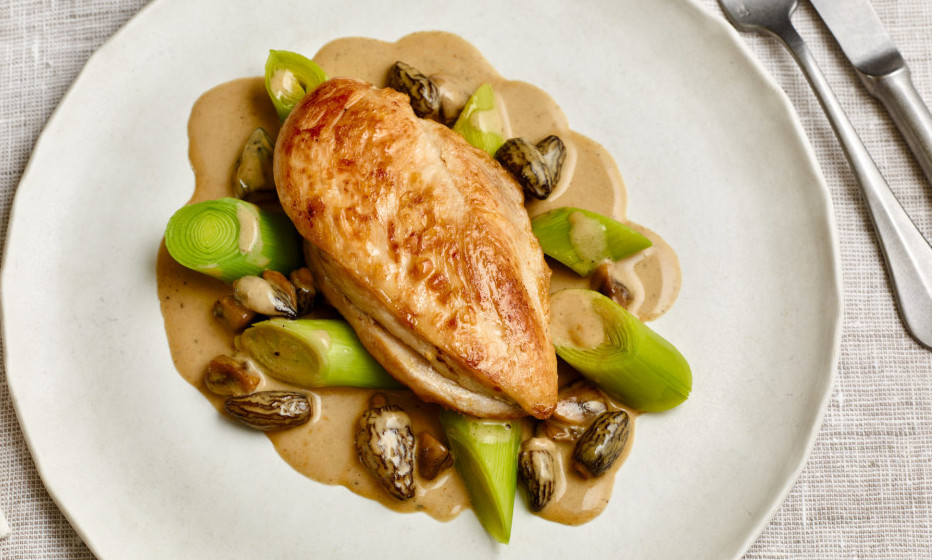 Morels are fungi with a honeycomb structure and a creamy white stem. I think morels are the best mushrooms in the world and, thankfully, finding them in supermarkets isn’t so hard anymore because of dried morels. I actually prefer the dried ones to fresh because their flavor is much stronger. The traditional Jura wine is the best option for this recipe but, if you can’t get that, a good dry sherry works very well too.

Pass the reserved liquor through a muslin-lined sieve to remove any sand or grit and save 100 ml.

Season the breasts with salt and pepper. In a large frying pan, melt the butter over a medium heat until it is foaming.

Add the chicken breasts and color lightly for 3 minutes on each side.

Remove from the pan and reserve.

In the fat remaining in the frying pan, soften the soaked morels and button mushrooms together, for 1–2 minutes.

Meanwhile, boil the sherry or wine in a small pan for 30 seconds then add it to the mushrooms with the reserved morel liquor and a pinch of salt.

Pour in the cream and bring to the boil.

Place the chicken breasts back in the pan, making sure the cream sauce covers them.

Lower the heat to a gentle simmer and cook for 10 minutes, depending on the size of the chicken breasts, until they are just cooked through.

While the chicken is cooking, put the leeks into a saucepan, pour on the boiling water and add the salt and butter.

Cover and cook at a full boil for 5–10 minutes until tender.

Using a slotted spoon, lift out the chicken breasts and place in a warm dish; keep warm.

Boil the sauce rapidly to reduce until it is thick enough to coat the back of a spoon. Taste and adjust the seasoning.

Place the chicken breasts back in the sauce to reheat for 2 minutes.

With a slotted spoon, lift the leeks from their liquor and arrange on warmed plates.

Sit the chicken breasts on top and pour the morel sauce over and around. By this time your kitchen will be filled with heavenly smells.

Accompany with a chilled bottle of Jura wine for a perfect moment. Bon appétit! 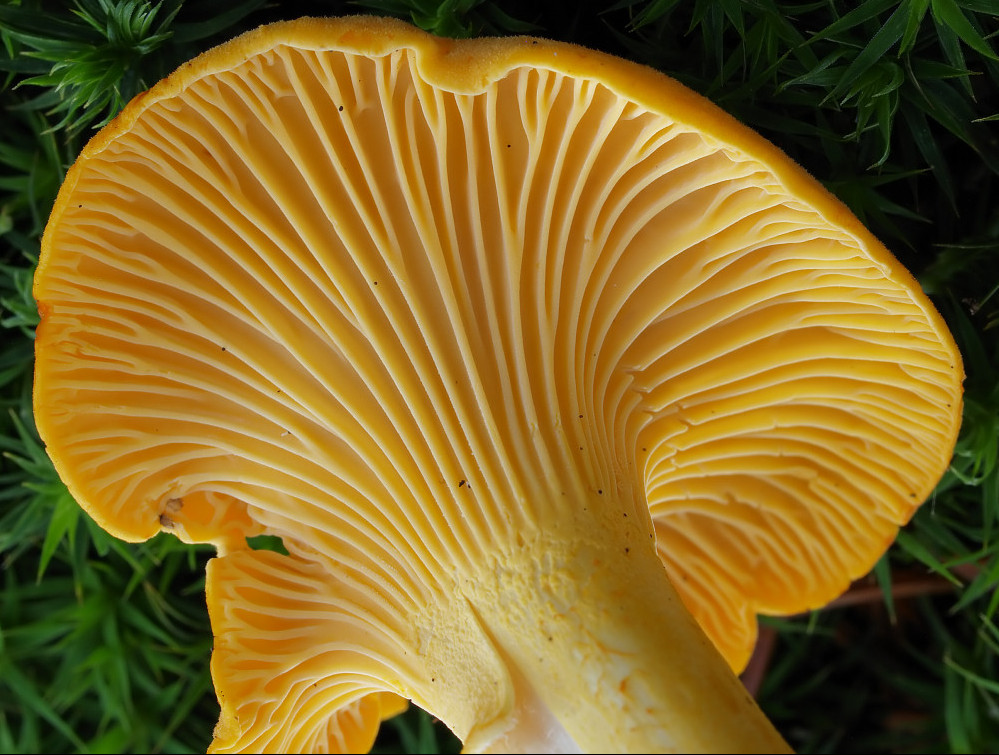 Chanterelle is the common name of several species of fungi in the genera Cantharellus, Craterellus, Gomphus, and Polyozellus. They are among the most popular of wild edible mushrooms. They are orange, yellow or white, meaty and funnel-shaped.

I saute just for a minute in virgin olive oil, garlic and picked fresh thyme leaves 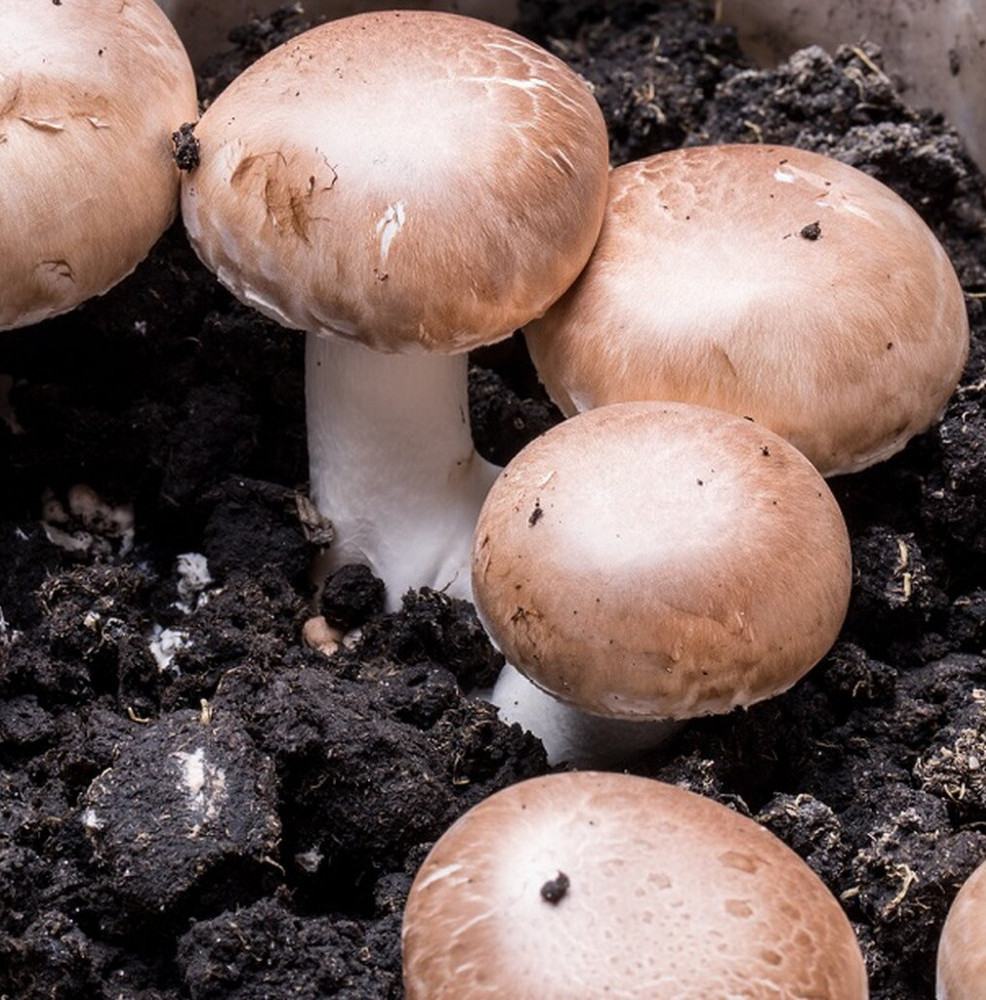 Agaricus bisporus is an edible basidiomycete mushroom native to grasslands in Europe and North America. It has two color states while immature – white and brown – both of which have various names, with additional names for the mature state

The common button or white mushroom, the crimini or brown mushroom, and the portobello mushroom are all the same species of mushroom.

Portabello is a marketing name the mushroom industry came up with for more flavorful brown strains that are allowed to open to expose the mature gills with brown spores. Crimini is actually the same brown strain that is not allowed to open.

The so called button mushroom is possibly the most eaten in Western countries. In my view it is quite tasteless whilst it does add a nice firm texture particularly to raw salads. Its brown cousins have slightly more flavor and the larger sizes are nice for grilling or stuffing 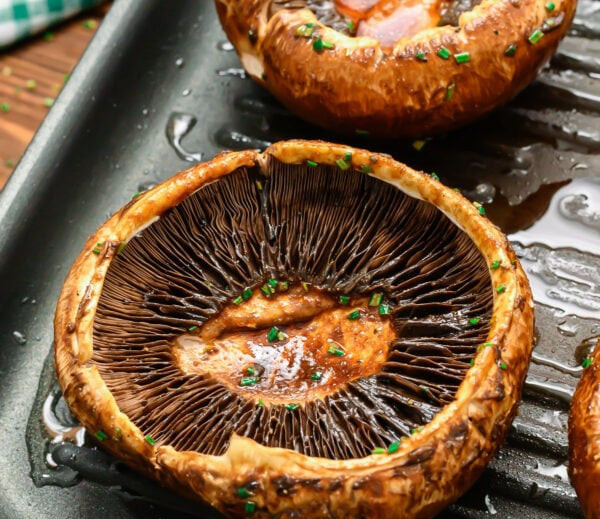 Rosemary. A hearty herb that can stand up to the mushrooms without overpowering them.

Fresh thyme would be tasty too.

1. In a shallow dish, whisk together the marinade ingredients. Choose a dish large enough to hold the mushrooms in a single layer

2. Add the mushrooms to the marinade, coating both sides. A quick 10 minutes marinade time is all you need, though you can let them go for up to 30 if you are otherwise busy drinking wine prepping other elements of the meal. Don’t go longer than 30 or the portobellos will become too salty.

3. Place the mushrooms on the grill, and brush them with the marinade as they cook. 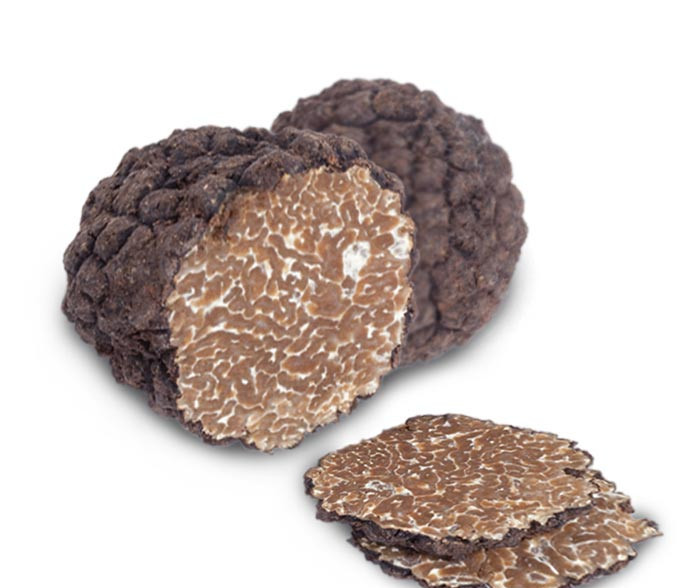 Apart from Michelin star chefs, this exotic fungi can only be on the average cooks dream wish list

Many types  of fungi are classified as truffles including Geopora, Peziza, Choiromyces, Leucangium, and over a hundred others

This said, there are really only two that classify as the “real thing”, the white from Alba in Italy and the black from Perigord in France. Fellow chefs both in South Africa, Cyprus and Venezuela have argued in my kitchens, that locally sourced tubers “so called truffles” were just as good. But this is nonsense!

Because truffles grow underground, they can be hard to find and therefore fetch a high price. Given their pungent taste, and their rarity, it is common to use truffle as shavings or oil in fine dining. No one eats a whole truffle in one sitting except truffle hogs. Truffles are used for flavor and as garnishes.

European white truffles can sell for as much as $3,600 a pound, making them and their fellow fungi the most expensive food in the world. One two-pound truffle recently sold for more than $300,000.

In Italy, truffles are often shaved over pasta

When in my family villa in Florence, I often pop into an ancient gourmet food store where there is a huge silver platter on display, with tiny panini; Little bread rolls filled with white truffle paste. One munches away at these delectable treats while shopping.

Based on a principal of honesty, you say how many you have eaten when you leave. Better have a fat wallet if you have been greedy!