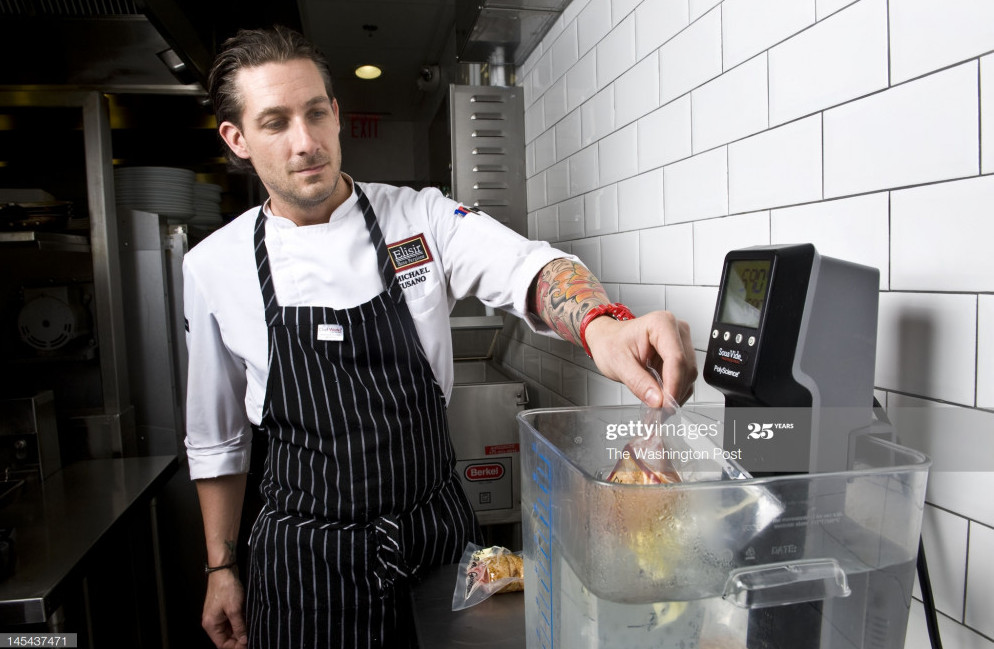 TECHNOLOGY NEITHER GOOD NOR BAD, OR NEUTRAL? This is a topic that many of us may muse over.
I am seasoned chef with over 40 years in the industry having worked in many of the worlds top restaurants and hotels as well as serving as chef to Sir Elton John

The school of hard knocks worked in the good old days, so it should work now?

I was trained in the old school fashion. You had to ‘demonstrate your commitment’ and ‘do the time’ scrubbing dishes, floors and any other crappy job available. Punishment for any misdeeds often resulted in emptying boiling hot oil from fryers, cleaning and replenishing. If you were due to finish work at midnight, you may be lucky enough to complete these tasks before being due for work again at 6 am. Oliver twist had it better!

No instruction or guidance was given to the other qualified cooks in the kitchen on what their roles and responsibilities were when you were employed as an apprentice and been made part of the team.

The louder you got shouted at, the better you were expected to respond.

Hotel executive chef Wilem Friedly was a kindly man in his seventies. He spoke 6 fluent languages and was a master of his trade. He would tour the kitchens and greet the cooks by name and in their own respective languages.

His bevy of Gestapo-like sous chefs kept order and were far less friendly.

Chef Friedly had a replica of a little Swiss chalet built in a section of the vast kitchens. This is where he would conduct “chefs tables” for VIP invited guests. Even if the hotel general manager would dare to knock on the door, he would invariably be greeted with “what do you want, can’t you see I’m busy!”
The chef ruled the roost in those days!

As for the maitre d’hotel, he had to have a total and complete knowledge of the kitchen, preferably with a cheffing back ground.
There was a strict tradition for the kitchen team to eat meals. A long table was set up in the kitchen, immaculately laid with white cloth and proper table settings done by trainee waiters. Trainee cooks were each given a course to prepare and everyone; sous chefs, chefs de partie, trainees, and the exec chef would partake in the meal. Afterwards came the assessment phase. Comments from all and sundry that ranged from “well done young Patrick” to “how could you put this shit on our table”,Trainee waiters were rebuked for wrong table settings. This is how training was done; with real life stylish elegance and appraisals from expert colleagues. If you cried you were sent home!

I began my training in the pastry section under a French executive pastry chef, his German sous chef and 3 other pastry chefs.
The hotel had 3 a la carte restaurants and also served “afternoon tea” with an unbelievable selection of little pastries and mini sandwiches. Amazing butter sculptures and ice carvings were the order of the day.

The sous chef had a collection of river stones that were his “children”. He knew the weight of each stone by heart and using this sort of scale,

would prepare his concoctions so as to preserve his “secret” recipes

Then of course there was room service;
Always the definition of decadence. But that idea of service has been changing for many years. Gone are the pure silver cloches,  sugar bowls, bud vases, bread basket and coffee pourers.
A bevy of commis débarrasseur were employed, their only task; polish silverware!

There were no convection ovens, pacojets, thermomix, dough laminators or sous vide.
Puff pasty and  croissants were hand made.
Bombes, sorbets, ice cream, bavaroise, to name but a few, rivaled anything we make today with sophisticated technology.
Of course I use all the modern technology myself but often think to myself -why have I never found a croissant like I used to eat 30 years ago?
Answer-because I really believe that food “feels the love!”

We are so obsessed with political correctness, gender discrimination, rules of conduct and the likes, that youngsters entering into a new field of endeavor are far too distracted with texting on their mobiles and knowing their rights, yet not sure of where they want to go.
Some feel that they have wasted their time with a university degree and no jobs, so lets try a chefs career.
To quote Lewis Carol from Alice in Wonderland;

“One day Alice came to a fork in the road and saw a Cheshire cat in a tree. ‘Which road do I take?’ she asked. ‘Where do you want to go?’ was his response. ‘I don’t know,’ Alice answered. ‘Then,’ said the cat, ‘it doesn’t matter.”

We have always lived with changes

The 19th and early 20th centuries were instrumental in establishing the role and status of chefs in French society, as well as setting a strict, codified rationale to kitchen work. For instance, instead of working from start to finish on a specific dish, cooks had an “assembly-line” style role in preparing and making food. Georges Auguste Escoffier, influenced by Marie-Antoine Carême, is famous for bringing about these time-saving reforms that completely revolutionized the inner-working of haute cuisine in French kitchens. He became a world renown celebrity chef, employed in major cities all over the globe. His Guide Culinaire became a bible of sorts that established culinary “rules” and ensured a uniform education for future chefs. It was also in the 19th century that Le Cordon Bleu, the iconic school of culinary arts, started offering classes.

Was life better before the internet?

Online school training:
My personal belief; a chef needs a living, in the flesh mentor. You cannot be cured by a dead doctor.
Nevertheless we have to live with the times and there are some truly amazing online cooking courses if you know how to choose.

Email: Yes obvious advantages but at a price;
Take a soldier in the trenches during any one of the past wars. He writes a letter to his loved one. She receives it a month later and treasures it until her dying day. We have lost poignancy, relevance and true heartfelt communication
Email?

First came the “bleeper”. You would have to find the nearest pay phone to respond. But if you were in the middle of nowhere!
So in a sense, what did we do without them?
Despite their huge advantages, the price we pay is the greatest of them all.
Most of the worlds population, even the poor have access to cheap mobile phones.
Our children have lost the desire to read books, have invented their own text slang, lost ability to even spell or write their own language correctly, are endlessly distracted, no interest in normal, healthy interaction or valid conversation with their friends or classmates. In short, they have become stupid!
Adults are no better! Hinging their devices in their necks while eating their food in restaurants.. No conversation just texting, texting texting. One is bumped into constantly by people not watching where they are going because texting, texting, texting. 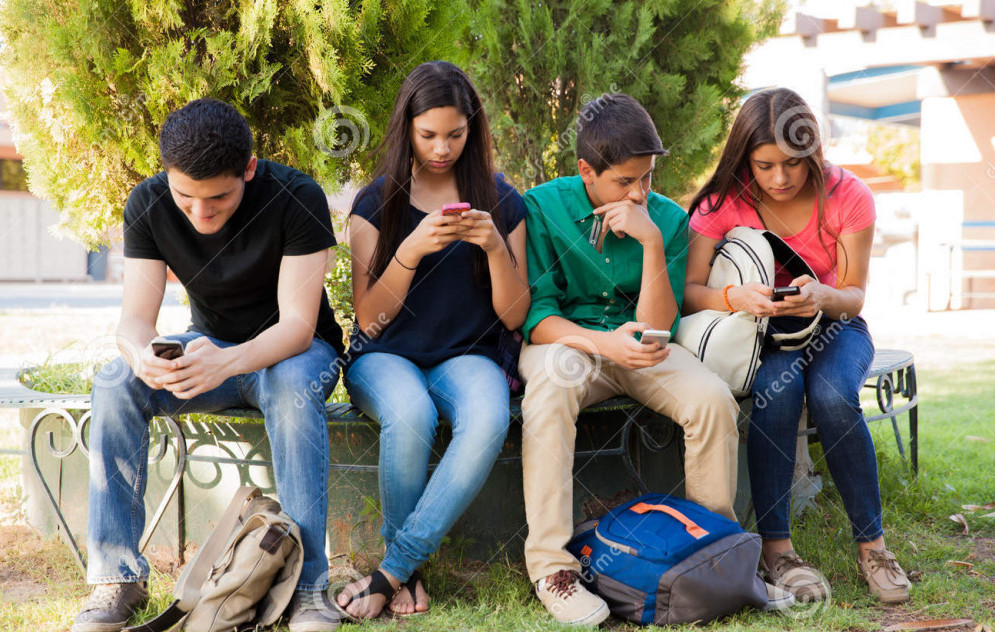 In my day we would be chatting them up!

You decide; are we better or worse off?