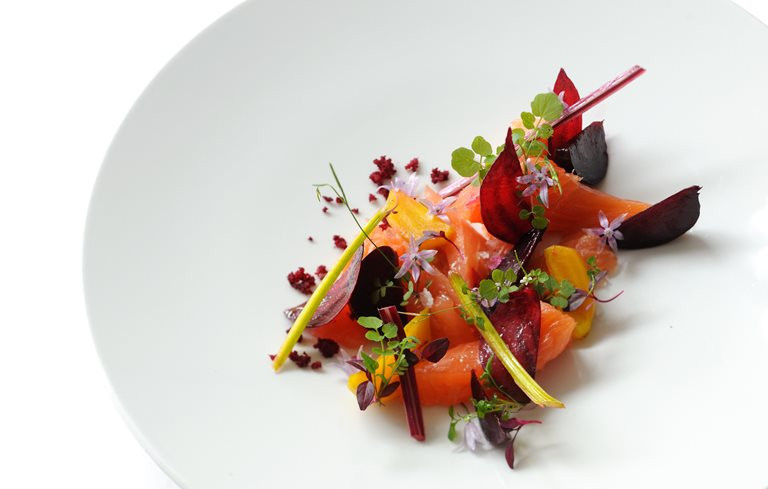 In my forty years as an executive chef in many of the worlds top restaurants, chef to Sir Elton John and my Michelin star restaurant in the Caribbean, never has there been a menu without one or more salmon dishes. Besides health benefits eating salmon, this fish is delicious and versatile 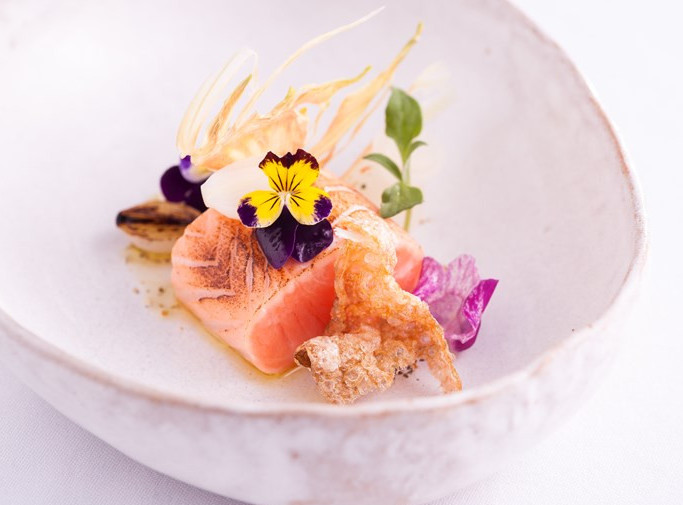 Wild salmon are amazing creatures in many ways.

They offer unique culinary and nutritional attributes and play a crucial role in the Pacific Northwest’s ecology and culture.

Unfortunately, they’re at risk from global warming and other threats —

One of the most important things you can do to help protect wild salmon is to choose them for your family table — jobs and revenue generated by wild salmon fisheries gives voters, businesses, and governments reasons to protect them.

As the saying goes, “eat wild to save wild”!

Which species should I choose?

Ultimately, it’s a matter of taste — these culinary and nutritional distinctions may assist your choice.

King (Chinook) is the fattiest Pacific species, while sockeye (red) features the strongest flavor and firmest texture, and cooks more quickly than other species — usually in just 6 to 7 minutes when cooked in a pan, on a grill, or under a broiler. Roasting typically takes longer for any species to cook.

Silver (coho) is generally milder in taste and softer in texture than sockeye or king, while keta (chum) and pink (humpback) salmon are typically even milder and softer.

Sockeye salmon has the highest astaxanthin levels, which explains the species’ deep red-orange color and its other common name: “red” salmon.

For thousands of years, salmon have defined the culture, ecology, and nutrition of Pacific Northwest plants, animals, and native peoples.

Unlike most trout species, salmon and other “anadromous” fish — such as shad and steelhead trout — migrate from their freshwater birthplace to the ocean, where they live for two to six years (depending on the species) before returning to their birth stream or river to spawn (reproduce).

The fat content of salmon is linked to the length of their fresh-water migration, because salmon stop feeding after they start upstream.

Some salmon — like Yukon and Copper River king — swim hundreds of miles upriver to spawn, and put on lots of fat, including omega-3s, for their epic journey.

Once at the spawning ground, female salmon create a shallow nest, and signal male salmon to come fight for the right to spread their sperm over her eggs as she’s giving birth.

The fertilized eggs hatch in three to four months, and the baby salmon or “fry” are born with some attached yolk as short-term food. They then eat most anything around, grow to about one inch long, and begin swimming downstream to the sea to start the cycle all over again.

Wild salmon in the ocean are mostly silver, with some blue-black highlights, ↑

But when they begin their journey upriver to spawn, they undergo striking changes in color and shape designed to attract mates, as shown at upper left.

Sockeye, pink, and keta salmon are found on both sides of the North Pacific Ocean.

King and silver salmon occur only off British Columbia (Canada), Alaska, and the U.S. Pacific Northwest.

Cherry salmon occur only off Japan, Korea, and eastern Russia.

What do salmon eat?

In the ocean, salmon eat smaller fish such as herring, plus krill and pelagic amphipods (close oceanic cousins to sand hoppers).

The list of animals that prey on salmon varies over the course of a salmon’s life.

Bears and birds feast seasonally on salmon that have returned to their birth rivers to spawn, and those predators often end a salmon’s life.

Salmon in the trees
It’s hard to overstate the importance of these keystone species to trees and wildlife, including birds, bears, and wolves … and to coastal peoples for whom the fish are a vital food and cultural touchstone.

The region’s grizzly bears, who gorge on salmon ahead of their long winter nap, often top 1,000 lbs. And, fed by the nutrients from wild salmon, regional Sitka spruce soar 150 to 225 feet into the sky. 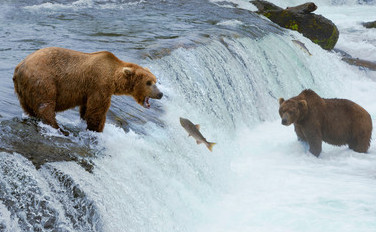 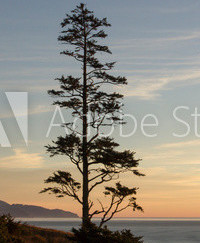 Waste matter from the thousands of creatures that feed on dying salmon in any given river sows nitrogen and other nutrients well into the surrounding forest, fertilizing countless plants and trees.

Salmon return to the exact spot where they hatched, and this homing behavior depends on olfactory (smells) memory.

Even small changes in the mineral or metal content of streams can keep salmon from finding their way home, which is why — in addition to banning salmon farms — Alaska’s state constitution prohibits contamination of salmon rivers by mining and logging operations.

Atlantic salmon are industrially farm-raised in many parts of the world, including Norway, Ireland, Scotland, Chile, and British Columbia in Canada.

Salmon is one of the most nutritious foods on the planet. This popular  fish is packed with nutrients and may reduce risk factors for several diseases. It’s also tasty, versatile and widely available.

Due to the high density of fish in aquaculture, farmed fish is generally more susceptible to infections and disease than wild fish. To counter this problem, antibiotics are frequently added to fish feed.

The use of antibiotics remains poorly regulated in many developing countries, such as China and Nigeria. However, salmon is generally not farmed in these countries

Many of the world’s largest producers of salmon, such as Norway and Canada, are considered to have effective regulatory frameworks. Antibiotic use is strictly regulated and the levels of antibiotics in fish flesh need to be below safe limits when the fish are harvested.

On the other hand, Chile — the world’s second largest producer of farmed salmon — has been experiencing problems due to excessive antibiotic use. You may be wise to avoid this salmon

It is also extremely versatile. It can be steamed, sautéed, smoked, grilled, baked or poached. It can also be served raw in sushi and sashimi.

Additionally, canned salmon is a quick and inexpensive option that provides the same impressive health benefits as fresh fish. In fact, almost all canned salmon is wild rather than farmed, and its nutrition profile is excellent.

Here are some healthy ideas for incorporating this fish into your diet:

See my article on cooking at home

1 tbsp peppercorns (black or white, depending on preference)

For the dill mustard sauce:

Trim any thin bits from the sides and tail end of the fillet to make it into an evenish rectangle – this may seem a waste, but thinner bits will over cure and be inedible.

Crush the peppercorns in a pestle and mortar, then mix with the sugar and salt. Roughly chop the dill. Put one of the fillets, skin-side down, in a dish and put half the dill on top, followed by the salt and sugar mix. Finish with the remaining dill, then put the other piece of fillet on top, skin-side up.

Put a small board or lid on the dish, weight it down with something heavy, and chill for 48 hours, turning the fillet over every 12 hours or so.

To make the mustard sauce, whisk together the mustard, sugar and vinegar. Add a pinch of salt, then whisk in the vegetable oil. Add the dill.

Scrape the cure from the fish. Slice and serve with the sauce.

Salmon skin can make a delicious and healthful addition to the diet.

It contains more of the same protein and essential omega-3 fatty acids contained in the fish.

The body cannot make omega-3 fatty acids, so people must get them through their diet.

Salmon also contains good levels of vitamins B and D, as well as essential minerals, such as selenium.

Leaving the skin on may provide some additional nutrients for the body. Some people may not think the skin looks appetizing, but those who choose to leave it on find that their favorite recipes work just as well.